Brian enlisted in the New York Army National Guard in 2002 and was assigned to HHS 156th Field Artillery in Kingston, NY. He attended basic training between his junior and senior years at Millbrook High School. After he graduated in 2003, Brian attended Signal Support Systems Specialist training at Fort Gordon, Georgia. In 2004 he was assigned to HHC 101st Signal Battalion at Camp Smith, New York as a Cable Systems Maintainer and Installer.

In October 2007, Brian volunteered to deploy with HHD 104th MP Battalion in support of Operation Iraqi Freedom. While deployed to Camp Bucca, Brian was Non-commissioned Officer in Charge (NCOIC) of the night shift where he was responsible for two other soldiers and the combat readiness of over 150 Air Force combat vehicles. Brian returned home in March 2008 and was honorably discharged in 2009 as a Sergeant.

Brian is currently a Steamfitter with the Plumbers and Steamfitters Local Union 21 in Peekskill, New York. He enjoys spending time with his wife Kelley and their two dogs Mason and Bella, welding, playing golf when he can, hunting, and fishing. 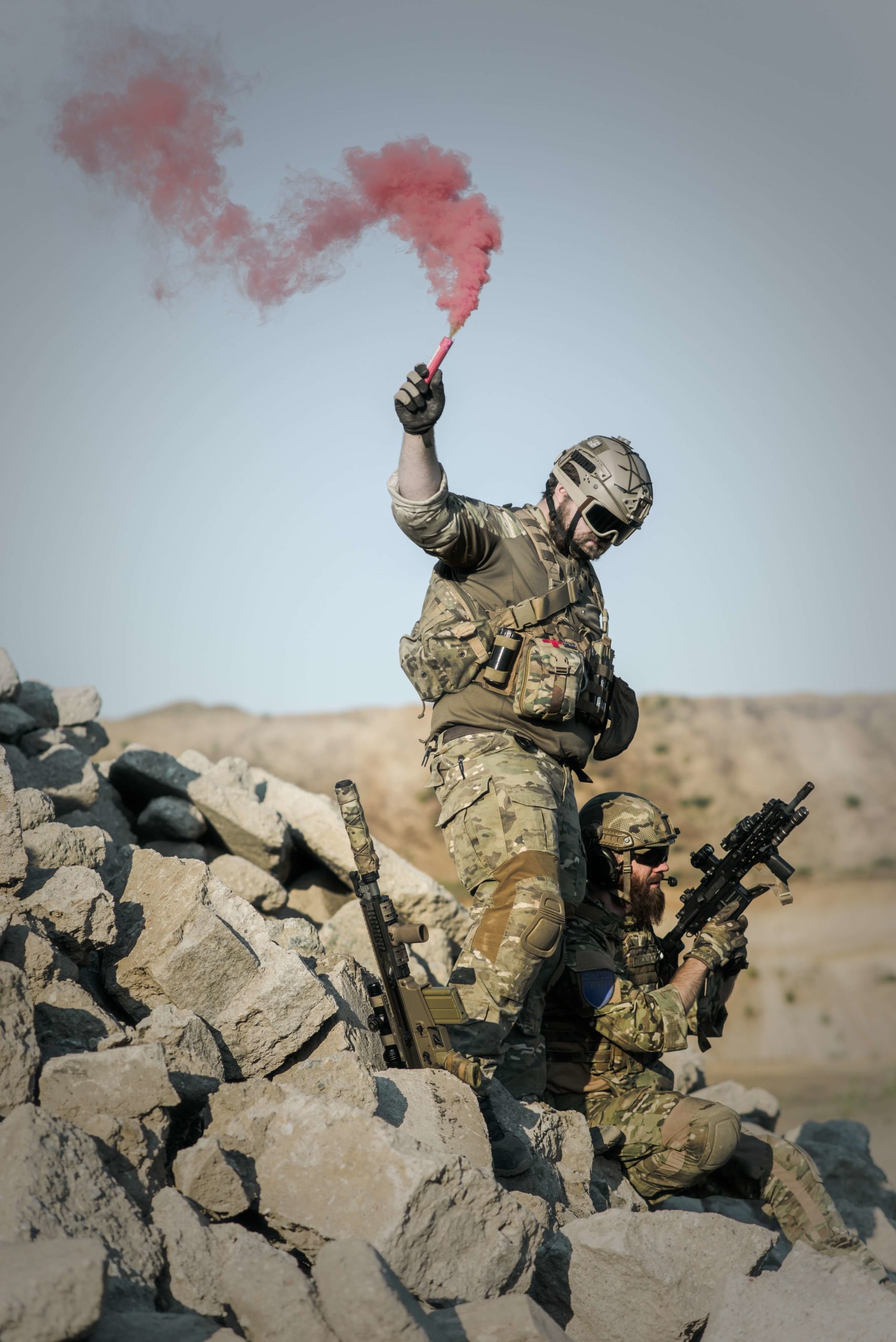 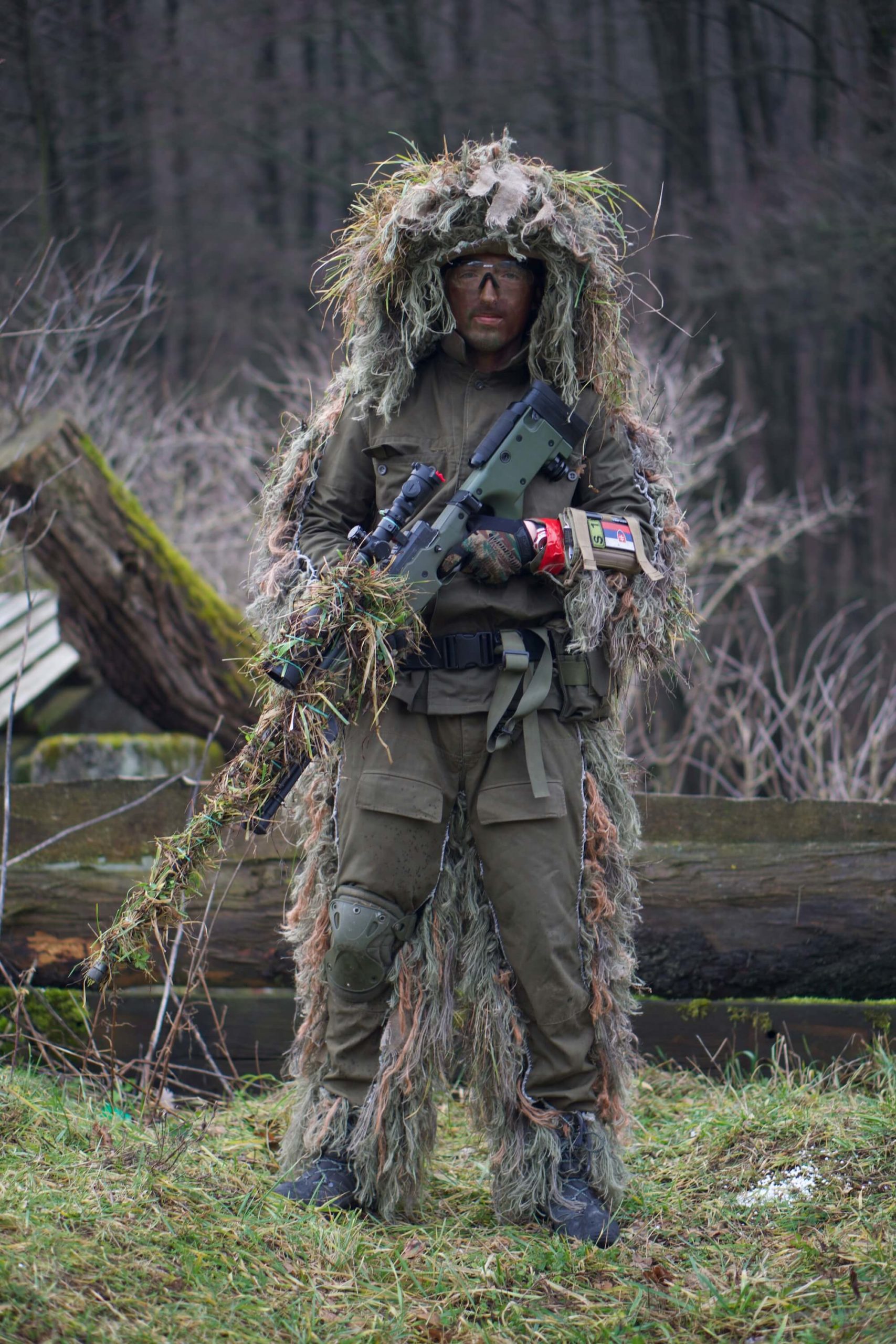 In 2001 Cullen was thirteen when the world changed on September 11th. He knew immediately that he wanted to be part of the solution. In 2007, when he was eighteen, his daughter Ela was born and Cullen became a young single dad and he was even more determined to make a difference. In 2009 Cullen enlisted in the New York Army National Guard. Then after completing U.S. Army Infantry School in Fort Benning, Georgia he was assigned to a detachment of the 1st Battalion 69th Infantry in Leeds, New York.

In 2011 Cullen’s detachment became a part of the 2nd Battalion 108th Infantry and immediately began to prepare for deployment. In 2012 his unit deployed to Afghanistan in support of Operation Enduring Freedom. While there, Cullen was part of a special team chosen to work in conjunction with the Afghan forces. He was an Automatic Rifleman and earned a Combat Infantryman Badge for personally fighting in active ground combat.

In 2013 Cullen was promoted to Sergeant, and enrolled in Mount Saint Mary College, across the river from Beacon where he grew up and was raising his daughter. Cullen worked as a supervisor for a landscape and construction company, while he continued serving in the New York Army National Guard, and finished his college education. In 2015, Cullen finished his Bachelor Degree in Business Management & Administration, graduated, and started working for a local nonprofit organization.

Cullen continues to serve others through his involvement in many charitable and service organizations throughout his community.

Currently, Cullen works for Congressman Sean Patrick Maloney as his Veterans’ and Military Advocate. He lives in Beacon, with his daughter Ela, who is now ten. He remains determined to make a difference and leave the world a little better than he found it.

Tyler enlisted in the United States Marine Corps in 2010. After his training, he attended Small Arms Repair Technician school in Fort Lee, VA. In 2011, he was stationed in Okinawa, Japan. Tyler deployed with his unit, Combat Logistics Battalion 4 to the Helmand Province in Afghanistan in 2012 as part of Operation Enduring Freedom. There, he was in charge of an armory for his motor transport company, and oversaw the maintaining and repair of the unit’s
weapons, including crew-served weapons.

Throughout his time in Afghanistan, Tyler volunteered as a machine gunner for convoys that delivered supplies to different forward operating bases around the province. He returned to Okinawa in July, 2012 and was promoted to the rank of corporal in December of that year. Tyler remained at CLB-4 until May 2013, when he was assigned to the 22nd Marine Expeditionary Unit at Camp Lejeune, North Carolina. There he was assigned as the armory chief for the command
element.

In February 2014, Tyler deployed with the MEU on the USS Bataan as a part of the Bataan Amphibious Ready Group as a theater reserve and crisis response force throughout U.S. Central Command and the U.S. 5th Fleet area of responsibility. He supported five training operations while underway. While off ship in Kuwait, Tyler was promoted to the rank of sergeant, before returning to North Carolina in September 2014. Tyler finished his active duty contract that
November.

Tyler returned to the Marine Corps as a reservist in May 2016, as an armorer for Marine Aviation Logistics Squadron 49 based in Newburgh, NY, where he still works. Tyler also attends Emerson College in Boston, MA, majoring in Media and Film Production. 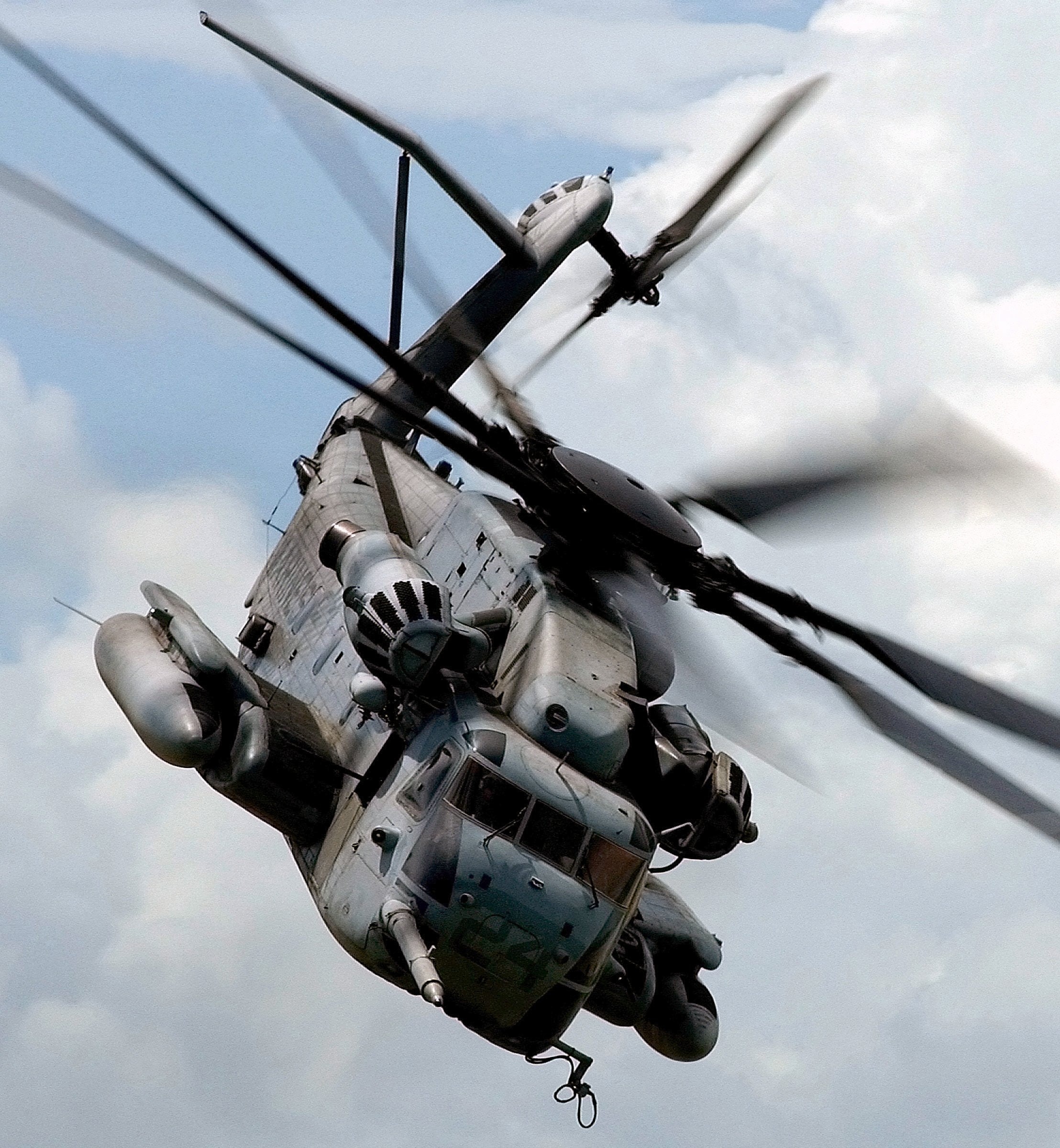 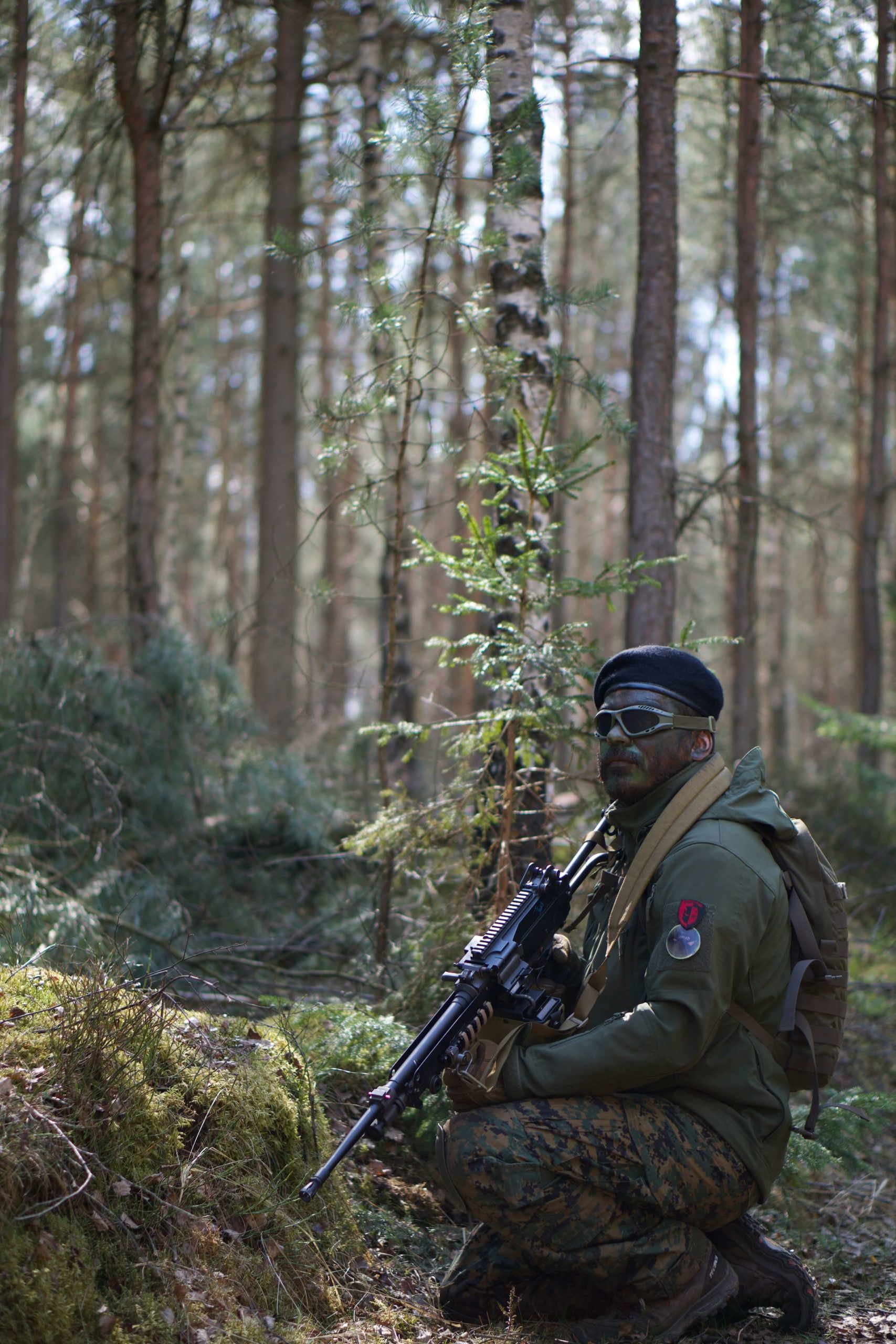 Warren joined the Marine Corps in 1987 and served 8 years in the reserves. His unit was mobilized in 1991 in support of Operation Desert Storm but never deployed overseas. Warren was an Infantry Marine who later went to Scout Sniper School, and was in the first Reserve Component Sniper Class to graduate. He was honorably discharged in 1994 with the rank of Corporal.

In 2000, Warren received a direct commission into the Army as a Second Lieutenant. Upon his commission, he was mobilized in support of the September 11th tragedy and was stationed in Battery Park where he ran a Battalion Aid Station in support of the soldiers and civilians working directly at the World Trade site. In 2006, Warren received orders to deploy to Iraq in support of Operation Iraqi Freedom with the 466th Area Support Medical Company in Glens Falls, New York. He spent a year on Forward Operating Base Echo, outside the city of Diwaniyah where he served as the Detachment Commander for a medical unit, ran the clinic, and served as a trauma stabilization point in south central Iraq, as the only U.S. medical provider for 75 miles in any direction.

In 2012, Warren was once again mobilized in support of Super Storm Sandy and sent to New York City where he ran a clinic out of the Lexington Avenue Armory in support of both military and civilian relief operations.

Upon returning home from Iraq, Warren attended the Flight Surgeons Course in Ft. Rucker, Alabama and became an Aeromedical Physician Assistant. He then transferred from the 466th ASMC to the 42nd Combat Aviation Brigade. In October 2013, he deployed once again to the Middle East in support of Operation Enduring Freedom as the Brigade Surgeon.

Warren still currently serves with the 3/142 AHB (Attack Helicopter Battalion), which is located in Lake Ronkonkoma on Long Island. He is currently a Major in the US Army, but just underwent the board process for promotion to Lieutenant Colonel and is awaiting results.