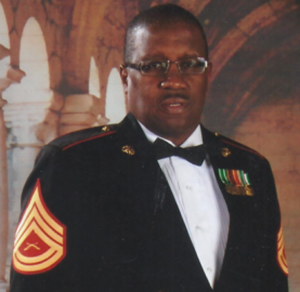 Graduated from Beacon High School in June 1970 and one week later was in Parris Island Recruit Depot for which I volunteered. After basic training I received Aviation training at Naval Air Station Memphis, TN as an Aviation Structural Mechanic.
In Sept 1971 I was aboard the USS Inchon LPH12 for a six month deployment to the Mediterranean. Upon return to the States I volunteered for WestPac hoping to get into the fight in Vietnam. However the war was winding down but due to the Easter Offensive Uncle Sam decided the US needed a Main air base in Thailand. I shipped-out from Iwakuni, Japan on June 4, 1972 in the advance party to help build Marine Corps Air Station Rose Garden at Nam Phong, Thailand. I left the Garden in March 1973 as a Sgt and returned to New River Air Station where I completed my four year enlistment. My greatest achievement in the Corps was watching repatriated American POWs disembark the C141s on the tarmac at the Garden which I helped to install. The personal sacrifices made by all personnel at Nam Phong was well worth it.

Upon return to civilian life I became a Beacon Police Officer and was the Dutchess County Drug Task Force Coordinator for my last two and one-half years. I retired from BPD after 21 years and began a career as an Insurance Investigator from which I retired in 2016. I am the Commander of VFW Post 666 and also a member of Am Legion Post 203 and Marine Corps League Detachment 861. I stay active in helping my fellow Veterans thru various programs associated with MHA etc. 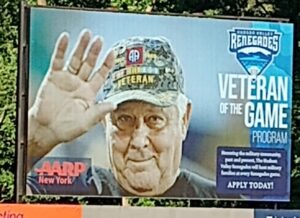 Stephen J Reverri was born Christmas day, 1947 and grew up in the Peekskill area, graduating from Lakeland High School in 1967.  Upon graduation Steve was drafted and entered the US Army in November 1967 where he did basic training at Fort Dix then trained at Fort Bragg for the 82nd Airborne where he served with the 1st of the 508  The “Golden Brigade” was deployed to Vietnam as air mobile where they saw action all over the country.  Stephen received the National Defense Service Medal, Combat Infantryman’s Badge, Bronze Star with V device, Vietnam Service Medal, Army Commendation Medal, Bronze Sar Medal Vietnam Campaign Medal, Air Medal and The Good Conduct Medal.  Stephen received the rank of Sergeant while in country.

Steve met Beth Gervais in December of 1973 and they married in November 1975  living  in Cortland manor until he couple moved to Wappingers Falls in 1981.   Dutchess County is where they raised their three sons, Stephen Jr, Brian and Kevin.

Steve worked for the Veterans Administration as the foreman of the plumbing/pipefitters shop, servicing Montrose, Castle Point and the Bronx until he retired.

We are fortunate enough to have mini reunions with other members of his platoon to honor those we lost and those still with us.  Our next mini is in Daytona in October. 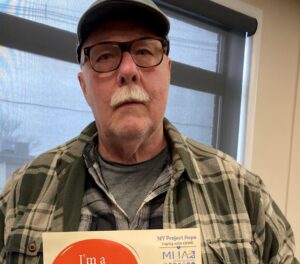 On April 23, 1966 my wife and I were married. We went on a short honeymoon as we could only have one weeks vacation. Upon our return from our honeymoon I received in the mail my notice to report to Whitehall Street in Manhattan for the draft. I was to report June 1, 1966 and would be sent to a military base for basic training. My basic training was at Fort Jackson, South Carolina. After basic I was assigned to Fort Belvoir in Virginia for my AIT (advanced individual training). After graduation my next assignment was to Fort Knox, Kentucky, here I was assigned to a heavy equipment construction battalion. My MOS was a Soils Analyst in which I was trained for. At Fort Knox our battalion was assigned the project to build a 3500 foot runway for an aircraft. Much of this work was OJT in prep for our future trip to Vietnam. On the Saturday before Easter 1967 we shipped out on the troop ship carrier Nelson M. Walker from Oakland Harbor to Saigon, Vietnam. Three weeks later we arrived in Saigon at sunset, where we were anchored off shore. Very early the next morning well before dawn we departed the ship by climbing down rope nets into landing craft which brought us to shore. Just prior to leaving the ship, ammunition was issued to us and we were told to load our clips. Now just picture this, each man was wearing full combat gear including flack jacket , steel pot, web belt, M16, and a duffel bag with every thing we owned climbing down a rope landing net into a landing craft bouncing against the side of the ship. Welcome to Vietnam!

The short flight to our new home base in a C123 was pretty good, no one fell out of the rear of the plane when we took off as the cargo bay ramp was down. We landed on a dirt runway in CuChi, home to the 25th Infantry. The next day we started working. Here we built another runway and many hooches, replacing the tents that the infantry were using. In the year that I spent at CuChi all the housing was built as well as a swimming pool, PX, Em clubs, roads and Mess buildings. Our battalion converted a mud hole into a passable living army base. During my tour I saw several USO shows One of the highlights I experienced was the arrival of Bob Hope and his troop of entertainers including Raquel Welch for the holiday season.

During these months the war was not effecting us. We weren’t subject to mortar or rocket attacks and I felt reasonably safe. This ended when TET, the celebration of the Chinese New Year started. At this time all hell broke loose. We were constantly being rocket attacked. Some of these rockets exploded in our company area causing fellow troops I knew injuries. Several were killed. For safety’s sake I was sleeping in an underground bunker at this time. The noise and shock was unbelievable. I only had a few weeks to go before going home and time seemed to stand still. Most of the 25th Infantry was out in the field, so we assigned perimeter guard duty. Our battalion was pulling 16 hours on and 8 hours rest securing the perimeter. The VC and/or the NVA were constantly trying to get thru the perimeter wire and our job was to prevent this. Today this is still causing me bad memories. With luck I made it thru these difficult times and shipped home in mid March 1968, where I reunited with my wife and 6 month son. Now 50 plus years later these memories seem like they occurred only yesterday. Life experiences I’ll never forget.

Weekend for Warriors is a four-day long excursion provided to four local combat veterans. Throughout the course of the weekend, our honorees will participate in different shooting and fishing activities at the premier preserves in Dutchess County, New York. Our honorees are carefully selected by our committee and demonstrate courage and commitment to not only their country, but also their community.

In 2016, our inaugural event raised thousands for the Hudson Valley Hero Project. With that money they were able to provide college scholarships, postage for many care boxes to local troops deployed overseas, equine assisted PTSD therapy, as well as a much-needed financial assistance for veterans throughout the region.

Since 2018, Weekend for Warriors has been proudly supporting the Dutchess County Vet2Vet program.Vet2Vet provides support, peer to peer services to assist veterans and their families in need and opportunities or activities to stay connected with other veterans. Vet2Vet is funded by the Joseph P. Dwyer Veterans’ Peer Services Project. Services include support groups, social activities, assistance in finding housing and/or employment for homeless veterans, advocacy for benefits, and much more!